Why I Don’t Look Forward to Back to School

Aug 18, 2015 By ParentingGeekly in Uncategorized No Comments

You probably opened this post thinking I was going to be like “Oh, I will just miss all the time I get to spend with my kids!”. That’s actually true, I do miss them when they’re gone, but that’s not why I don’t look forward to back to school.  Here are a few of the reasons that back to school has me filled with dread. My kids are night owls.  They have been since they were wee little babies.  They both stopped napping around age one,  and seem to be naturally programmed to stay up until 11 PM and then sleep late.  Super-Dad doesn’t usually get home from work until after 7, which means we don’t eat dinner until almost 8 most nights, which many of you will recognize as a second grader’s typical bed time.  Even when I enforce an earlier bedtime, my kids are not getting enough sleep. Cranky, sleep deprived kids make for miserable mornings. I homeschooled Nate for a year and a half many years back and while I won’t say that it was a successful experiment, I will say that starting school at noon, working until 4 and then picking up again after our late dinner was really nice.

Really need to start the back to school shopping. At this rate Kit is going to be stuck with 4 identical John Cena folders & a NASCAR binder

Homework is such a struggle.  My kids hate it, which I get because I hated it when I was in school, too.  Of course, now I understand its importance, but my goodness I hate the nightly struggle.  I also hate the mess it brings.  The “homework  shelf” in my dining room, where all the school supplies live looks okay now, but two days after school starts it’s going to be a disaster, and it won’t recover until the end of June.

Summer is a nice time to have a break from the soul-crushing bureaucracy of Seattle Public Schools. Every single parent has to deal with the onslaught of nine thousand hand-filled in forms (seriously, why can’t I do this digitally?).  Kit’s school has one that requires you to fill out the same form twice with contact info for like, nine emergency backup people.  I KNOW the district has the info, why can’t they print it out and give it to the school? Last year the “welcome packet” had over 25 pieces of paper, 11 of which were forms. Ridiculous.

If your Precious Little Snowflakes have Special Ed or Disability needs like mine do, you know that navigating that system is a special hell all its own.  We were holding steady with only a few accommodations in their 504 plan at a school where the teachers and staff were amazing advocates for all kids. Kit will still be there this year, but Nate has graduated to High School, and I’m stuck dealing with the District again. The 504 Coordinator at the District level seems nice enough, but she has her own set of red tape to deal with. I’m confident he’ll get the services he needs, but I know I will be stressed out until it’s all finalized.

Lunches. If I can get my shit together enough to make lunches, there is no guarantee that the kids will eat them.  So what do they do instead? They purchase a lunch using Seattle Public School’s PIN system, which will let them overdraft their lunch account by THIRTY DOLLARS before I get a robocall.  Then (because ADD) it’s usually another few days before I get a check into the school, and by that point I’m getting calls that they will only be able to serve them cold cheese sandwiches, and a Free and Reduced Lunch application makes its way home in Kit’s backpack.  To make matters worse, she takes meds that suppress her appetite, so I’m frequently on the deadbeat list for the 3 chocolate milks and an apple that she actually ate.  Remember, 90 percent of the time I packed her a lunch.

I will appreciate that my house will stay relatively clean between the hours of 9 and 4, though.

Jul 28, 2015 By ParentingGeekly in Uncategorized No Comments 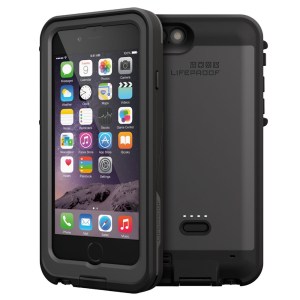 Thanks to my friends at AT&T Seattle, I’m giving away a sweet Lifeproof FrePower battery case.  I had a battery case  for my previous phone and I LOVED it.  This one is even better, because it’s not just the battery extender (2 times more battery!) but it’s also got the protection you expect from Lifeproof.  This thing makes your phone dirtproof, snow proof, drop proof and WATERPROOF!  I’m giving one away, just use the form below.  You can get one for $129.99 at your local AT&T store!
a Rafflecopter giveaway

Is it Worth Your Allowance: Papers, Please

Jun 30, 2015 By ParentingGeekly in Uncategorized No Comments

Is it Worth Your Allowance? Is a weekly column written by 14 year old Nate. Nate reviews inexpensive games and lets your geeklings know if it’s worth spending their hard earned allowance on. Have a game to suggest? You can email Nate here.  My parental perspective appears at the end of the article. 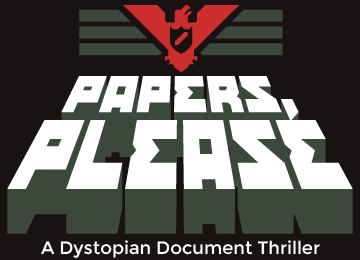 Papers, Please is a game where you play as a customs agent for Arstotzka. Your goal is to check peoples papers and get through the day making sure that the information they give you is correct ;matching photo id to peoples faces, passports and, more. If someone gives you false or invalid information you have to send them away. This game requires a lot of focus because you have to check every detail: age, gender, photo, and as the game goes on things like tickets and documents. While also paying attention to every thing you are also on a time limit and you have to get as many people into or away from Arstotzka as fast as possible while making as few mistakes as possible, but don’t worry you can make 3 mistakes before you lose. The game has a 16-bit art style with a very dark color palette (most of the colors in the game are dark like grey and navy blue). After each day you are paid based on the amount of people you properly deal with.  When you get your money you must use it to pay rent feed your family and more kinda like the Oregon Trail. I like this game a lot and I really suggest it to people who like puzzle and or story games but I’m very bad at having to focus on all the things at once and i prefer more actiony type games, but don’t get me wrong this is a very good game.

Overall,  my final rating for this game is 6.5/10 and I think it’s worth your allowance.

Mom’s notes: Papers please is a pretty simple game.  It’s rudimentary graphics and it’s style of game play remind me a lot of the early computer games I used play as kid, but a bit darker.  There are some adult themes in the game, at one point you have a woman who claims a pimp has brought her against her will, but it’s pretty mild.  I actually love that this game stresses attention to detail – that’s really the gist of the whole thing. At points your work surface gets cluttered, you have to use executive function skills to keep your information organized.  It’s almost like brain-training for those of us with ADD.   As the game progresses you have to make decisions with money as well.  The more mistakes you make the less you get paid, and the end of each level has a Lemonade Stand-esque feature where you have to decide how to spend your salary.  It’s a bit more bleak than sugar or lemons, you need to decided who gets to eat and if you can turn the heat on, but it’s interesting to see the decisions Nate made.  This is appropriate and a good buy for ages 14+