May 16, 2011 By Sharon Feliciano in muppets, Sesame Street 1 Comment

My very first experience with death was on Sesame Street.  Mr. Hopper, ad-hoc caretaker to my beloved “friend” Big Bird, died.  I was four years old when that happened, and had not yet experienced death in real life.  I credit the fact that the subsequent deaths of my grandparents didn’t send me right over the edge to Big Bird.

Thanks to the tact, sensitivity and honesty that the writers of Sesame Street used in relating the death of Mr. Hopper (and the real-life actor Will Lee), I was able to understand that death was a part of  life. My grandparents helped raised me and losing them was devastating. Upon learning of their deaths I was angry, I was sad, and I wanted to know why.  In both of those moments I remembered Gordon telling Big Bird  “Just because”.   It was truthful, honest and comforting.  It was reassuring to know that Big Bird had the same question I did, and that the adults who promised to continue taking care of him answered the only way an adult honestly could.

Mr. Hooper’s death affected almost every child in my generation. We were all able to relate to the perpetually six year old, seven foot tall yellow canary who was able to express a child’s feelings about death in such an uncanny manner. That was the magic of the Muppets.  Through a bunch of oddly shaped, brightly colored puppets Jim Henson was able to create a world where we could safely express human emotion.

Kermit the Frog shared our self-consciousness in “It’s Not Easy Being Green”.  Our odd-ball relationships were justified by Bert and Ernie, who were best friends despite their wildly different personalities. Kids saw through Oscar the Grouch that people still love you, even when you’re grumpy. According to those who knew him, Henson himself was a sensitive man who was extremely empathetic.  His wife later suggested that he didn’t go to the hospital, even when he suspected he was dying, because he didn’t want to bother anyone.  I don’t know any parent that couldn’t simultaneously relate to and be pissed off by  that sentiment. 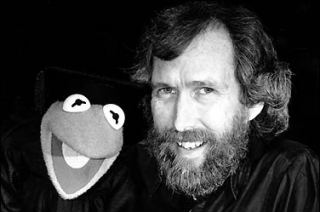 Henson passed away 21 years ago today.  I was ten years old at the time and was both Muppet obbsessed and emotionally sensitive. My mother broke the news to me as if a relative of mine had died. I remember it clearly: It was my little brother’s birthday and she pulled me aside when we got home from school. “I have some bad news. Jim Henson passed away this morning”.  I spent the rest of the afternoon trying not to cry and ruin my brother’s day.

I don’t know what my life would be like had Jim Henson not been around.  Sesame Street was a comforting blanket over my childhood.  I watched and enjoyed it for way longer than was probably developmentally appropriate. I visited Sesame Place often while growing up in Philadelphia (it’s a Sesame Street theme park!  How lucky are kids in the Philadelphia area?)  My parents convinced a neighbor to tape the cable only Fraggle Rock, and they would let me stay up late to watch the Muppet Show. My sister and I rented the VHS tape of Labyrinth 30 times one year.  I mentioned it last week, but it’s worth thanking my mother again for going to McDonald’s every week so that I could collect all of the plush Muppet Babies that they offered circa. 1986.  I had found my first nerdy obsession and thanks to the high quality product that Henson gave us my parents were happy to oblige.

That Muppet obsession was one of the inspirations for this site. I had collected a vast amount of trivia about Jim Henson, the Muppets and especially Sesame Street over the years, and having kids finally gave me some one to geek out over Sesame with.  I was no longer the weird 20 year old with an unnatural fascination with Big Bird, I was the young mom who really enjoyed watching the children’s show with her kids.  I wanted to start a blog for all the parents who were able to share their passions with their kids like I was (finally!) able to.

So thank you, Mr. Henson.  You left us too soon, but with a legacy that I’m certain will be timeless.

You may want to watch this video in private, with many tissues handy:

I encourage anyone moved to do so to make a donation to Sesame Workshop in honor of Jim Henson today.  They do amazing social work here in the United States and around the world.

I’ve never seen anything like this before!  The folks over at Sesame Workshop have made an awesome interactive YouTube video.  By embedding links to other videos in the first video they have essentially created a “Choose Your Own Adventure” style experience.   This one features Cookie Monster and his friend Emma learning about buoyancy and introduces kids to the concepts of the scientific method.

Sesame Workshop has really done something cool and innovative here, and as is their style, it’s done with high production value and many teachable moments (Kitty wanted to know what a hypothesis was after watching the clip).