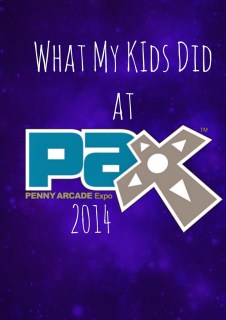 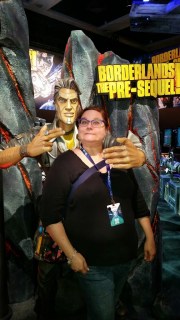 I’ve finally come out of my PAX-induced haze and I’m ready to give you guys some of the cool stuff I got at the convention!

First up are two Mega-Blocks Halofest micro figures. If you have a kid who is into Halo, chances are you are already familiar with these tiny guys. They are “blind” collectibles, meaning that you don’t know exactly what you’re getting until you open it. Some of the figures are rare while others are more common. This is like kid crack. The collectible nature, the association with Halo, and the ability to use them in the related Halo building sets has made them extremely popular with Nate and his friends.

This year PAX had an entire expo hall devoted to Halo. The game is celebrating its tenth anniversary and Halofest was setup to celebrate it. There were panels, demos and giveaways, all Halo related. Mega Blocks had a huge presence at Halofest, and their giveaways were some of the most coveted at all of PAX. On top of giving away the micro figures, each morning they gave away a limited edition Halofest vehicle building set. There is no way I’m prying that out of Nate’s hands for a giveaway, but I did manage to score a couple of my own micro figures to give away! 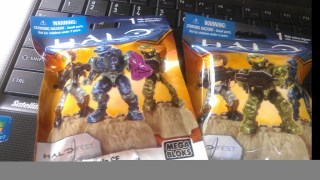 I have a Halo CE UNSC Spartan and a Halo CE Convenant Elite to give away. These are limited edition Halofest versions of the figures and each comes with a Halofest brick to set it on. They’re pretty cool.

To enter the giveaway leave a comment in the space below telling me why you or your kids love Halo or Megablocks. I will choose two winners at random on September 8th at noon Pacific Time, each will receive one of the micro figures.

Contest is open to residents of the US only, sorry!

Sorry for the drive by post, I’ve been super busy at PAX and working on a secret guest post project, but I wanted to remind you that on Sunday morning The Geeky Hostess and I will be hosting a mini-party at PAX! Join us in the main lobby of the convention center for treats, coffee and juice for the kids! This part of the Convention Center is public, so even if you aren’t joining the festivities at PAX, you could come say hi!